I mentioned in an earlier post that the easiest and most widely used method of card counting is one called the Hi-Lo method. The Hi-Lo is probably the most used but there are some other methods I discovered that are probably even easier to master.

This was developed by Carlos Zilzer.  OPP is an ancronym for One Per Person.  Mr. Zilzer did thousands of simulated tests with the system and has documented the highly effective results he garnished with it. He has actually defined two different methods, with each being simple to understand and easy to master. Let’s go over them:

Betting with the OPP Method

As with any counting method, the higher your running count, the more you want to bet, because at that point, the shoe is deemed favorable to the player.

There is definitely a more detailed chart you can look at if you research this system, but basically:

Remember this is a very simple system (either method), and your count may never get to the higher value, for several shoes, so be patient and stay conservative to stay profitable.  Play disciplined, play long!

This system was developed by Arnold Snyder, a well-known professional gambler, author, and blackjack expert who has written numerous books on blackjack. In fact, I suggest checking out a couple of his books: “Blackbelt in Blackjack-Playing 21 as a Martial Art” and “The Big Book of Blackjack” for a thorough look into the ins and outs of playing blackjack for a profit and counting methods.

With this method, the high cards (10’s-Aces) are given a value of -1, and the low cards (2’s-6’s) are valued at +1.  The 8’s & 9’s are considered neutral and valued at zero (0). The red 7’s are valued at +1, like a low card, but the black 7’s are valued at zero (0), so considered neutral. Obviously this would create an imbalance in the count, which is what makes the count work. And of course, it really doesn’t matter if you switch it around and value the black 7’s at +1 and the red 7’s as neutral.  The developer of the system, Arnold Snyder, chose red, and therefore, The Red Seven Count. As a note, if you practice this method by running through a 52-card deck, your final count will always be +2

The running count starting number for this method is determined by multiplying the number of decks in play by -2.  So if you’re at a table using 6 decks, your start number is -12 (6 x -2).

As always, the idea is to bet bigger when you have an advantage over the house, and if the advantage grows, bet even bigger.  When the house has the advantage, keep your bets to a minimum.

The Red Seven Count system is considered to be a professional level system that is both powerful and easy to use.  Check out the book “Blackbelt in Blackjack” for a more in depth understanding of this system.

Being able to count fast is the secret to using card counting to beat the casino at blackjack. The best card counters actually count cards in groups of at least two cards at a time.  In many pairs of 2 cards, the values actually cancel each other out, so they can be tossed or disregarded.  Once you can quickly run through a deck of cards at a single card pace, practice, practice, practice even harder to become proficient at counting pairs of cards.  Being able to quickly recognize “cancelling pairs” will make the difference in counting at a professional level or not.  The top professional card counters can actually count in groups of 3 or 4 at a time. That’s my goal!

With that in mind, don’t work on speed of count until you’ve perfected your accuracy.  It won’t matter if you’re fast, if your count is wrong.  It’s a fact that most professional counters can easily count down a deck in less than 30 seconds.  You can imagine that a goal like that involves a lot of practice, but if you can get to 30 seconds or less, you should do just fine in most casino blackjack games.

When you feel ready to take your card counting skills to the casino for the first time, don’t actually sit down and play, practice counting while just watching.  This way you can get a feel of the speed of play and determine whether or not you can count at a pace that keeps up with the game play.

Of course there are many other counting methods to choose from, but these are definitely 2 of the easiest to learn.  You can absolutely use either one to make a nice profit at beating the casino at blackjack.  You can make more money with a simple system because you’ll make fewer mistakes. Mistakes in card counting can be costly very quickly. Pick a simple  card counting system and give it a go.  Card counting can be easy! 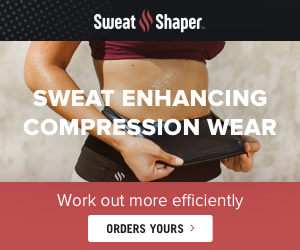 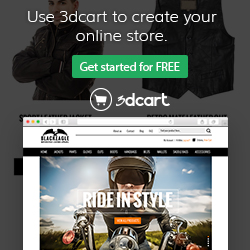