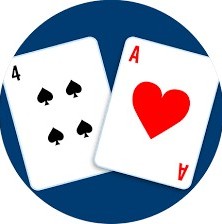 Probably the most misplayed hands in blackjack are the soft hands.  The casual player gets easily baffled about when to hit or double.

A good rule to follow with soft hands is to “Always count your Ace as an 11 first.”  You do that until your total is over 21, then make it a 1 and play your hand like it is a hard hand.

Doubling Down with soft hands:

As a start, you always want to double down when the dealer is showing a 5 or 6, if you have a soft 13-18. The idea behind this is to maximize the return on your bet.  When you double down, you believe you are more likely to win the hand than lose the hand.  With a 5 or 6 showing, the dealer is going to have to take a hit, with a greater probability of busting and you winning.  You want to take advantage of that by making a bigger bet through doubling down.

The strategy behind doubling down also entails that the play must also return a greater profit than playing that hand in any other manner!  So, with many soft hands against a weak dealer’s up-card, you make money over time regardless of whether you hit or double.  But with certain cards, just hitting makes more money because it gives you the ability to take a second hit if your first hit is low.  Doubling down with the wrong soft total can make you go from favorite to underdog, so playing the cards right is essential.

This is the final easy way to learn the correct times to double down with soft hands.  First, you definitely have to have A/2 – A/7 (13-18) before thinking about doubling.  What you then do is add your kicker card (the non-Ace) to the dealer’s up-card and if the total count is nine or greater, you double down on your bet. If the sum total is less than nine, you just want to hit your hand.

The Rule of 9 is only correct 94% of the time though because of the situation of A/4 against a dealer’s 4.  The rule says you should just hit that (sum total is 8), but mathematically you’re actually about a half percent better off if you double down on that. It’s a borderline call, and based on thousands of hands played, “in the long run” doubling down in that situation pays off more often than not. It’s an exception to the rule.  If you can remember this exception, playing the Rule of 9 will have you doubling down on soft hands, with precision.

Casual players make the mistake of doubling down against any dealer small up-card.  Don’t slip up like that!

There is “correct strategy” for when to double down with a soft hand…learn it!  Trust the charts!