While you can certainly sit down at a poker table and start playing without knowing all the terminology you’ll hear, it would probably be a good idea to be aware of what you might hear.

BET – When a player makes a wager

3-BET – The third bet in a betting round, also a re-raise

CAP – The last possible raise in a betting round, in a fixed-limit game.  Players usually can raise up to 4 times in a single betting round and then the action is “capped.” Once a player has capper, the remaining players can only call or fold, no raising is allowed until the next round.

BOTTOM PAIR – When you pair the lowest card on the board

MIDDLE PAIR – When you pair a middle card on the board

TOP PAIR – When you pair the highest card on the board

FLUSH – 5 cards of the same suit

FULL HOUSE – a pair and a set together, 2 of 1 number and 3 of another

This is when you don’t have a made hand, but can end up with a strong made hand, if the right cards come up on the board.

BACKDOOR DRAW – A drawing hand that needs help from the turn and river.  Hitting on the turn opens a backdoor to hitting again on the river.

OVERCARDS = Cards that are higher than cards on the board

OESD – Open Ended Straight Draw.  When you have 4 cards in numerical sequence, that will end up in a straight with the 5th card added to either end

FLUSH DRAW – When you have 4 cards of the same suit

POCKET PAIR – When you are dealt a completed pair

UNRAISED POT – When no one raises before the flop

RAISED POT – When there is a raise before the flop

These are the most common poker terms.  Don’t be afraid to ask about a term if you can’t remember or don’t understand when playing.

All players were beginners at one time and didn’t know the terms either.  They might be happy to answer a question because it will signify that you are a novice and therefore, they might be able to easily take your money!  Play responsibly!

Novice players will stand with a soft 18, against a dealer’s 9, 10 or Ace, because they figure that there are only 3 cards that will help the hand, 4 card will keep it the same and the remaining 6 cards will make it worse.

Unfortunately, though it is logically correct in that thought, it is flawed because it is only thinking in terms of one additional hit!  Statistically, when you hit a soft 18, you’ll improve your hand with the first hit only 23 out of 100 times.

If you hit a soft 18, you will improve your hand a little more often than not hitting it.  It is a slightly improved chance, but by hitting a soft 18, against a dealer’s 9, 10 or Ace, your chance to win goes up more than it goes down, when you don’t.

As the basic strategy charts tell you, you should hit a soft 18 against a dealer’s 9, 10 or Ace, because testing proves it to result in slightly more wins.  Trust the charts and you’ll win more in the long run!

This game was developed by Real Time Gaming, an online casino software developer. It is a variant of standard blackjack that has many differences that make it a challenge.  The first and biggest difference is that an Ace is only and always counted as 1.  It is never valued at an 11, so there is never a two-card “21” in this game.  A hand comprised of two 10-value cards and an Ace is the Caribbean 21.  As in standard blackjack, the objective is to beat the dealer’s hand, without going over 21.  Caribbean 21 beats all other hands totaling 21.

Following a basic strategy developed by Michael Shackelford, a top authority on casino game probabilities, for this version, the house edge can be as low as 0.19%, which is lower than many other blackjack variants.  To be noted though, the house edge on the insurance bet is 5.38% in this version, so that bet should not ever be taken, despite the tantalizing 9-1 payout.

The challenge and thrill of play Caribbean 21 lies in the player’s ability to split any two cards and re-doubling.  Because of those extreme player-friendly rules, the house gets a slight advantage back by ruling that all ties go to the dealer.  In other words, without the possibility of a “push,” Caribbean 21 blackjack makes for a more up and down game playing experience, sure to appeal to thrill-seeking players who prefer out right gambling on every hand, instead of a back and forth grind out with pushes. 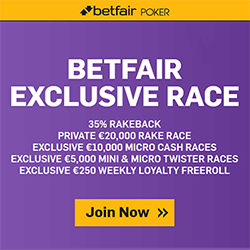