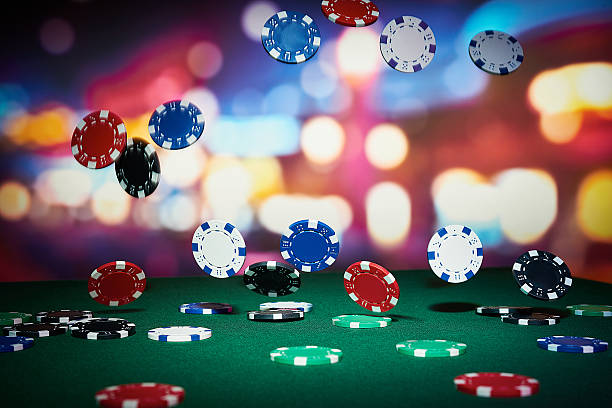 In my previous post, I touched very quickly on negative progression betting.  This type of betting is when you increase the size of your bet after a loss. Let’s go over the good and bad of it.

One of the most well-known and used negative progression betting systems is The Martingale method.  With this system, the amount of your next bet, after a loss, is “double” the previous bet.  That is probably the biggest problem with this method.  There are other negative progression systems that don’t require doubling your bet size after a loss, but the principal is still the same, increase your bet after a loss.  The good thing about it is, that more than likely,  you’ll end up ahead or at least at a break even, if you win that next bet after a loss.  However, you’re headed for sure disaster with just a few losses in a row.

While this outcome is favorable, it is that way because I have only projected a maximum of 3 losses in a row.  What is more likely to happen at a casino is 5 or 6 losses in a row!  Think about that using a negative progression system with a minimum bet of $15 and 5 losses in a row.  The betting progressions would be: $15, $30, $60, $120, $240, for a total of $465 in just 5 bets.  Your sixth bet would have to be $480, and if you finally win with that sixth hand, you’re up $15.  Keeping that in mind, your starting bankroll would have to be almost $1000, just in case your session started with 5 losses in a row. Not being a professional, I would never have my starting bankroll that high. Yes, that is an extreme example of what could happen, but it is an easy way to show the negative about the negative progression betting. But that’s why they call it gambling.

Can You Afford It?

As stated earlier, doubling up on losses is the basis of the Martingale betting system.  Now of course you can modify the system to fit your own gambling style by increasing your bet by a lower percentage (not doubling) and then you can withstand more losses in a row.  Unfortunately, you never now how long a losing streak will be.  Since the casino will always have a slight advantage, you have to realize that you will probably be losing more hands than you will be winning. That’s the inherent risk in gambling of course. The question to ask yourself is: Can your bankroll handle 5 or 6 losses in a row, if you increase your bet after each loss? How many times are you willing to double up on your bet?  What is more  likely to happen though, is that you will reach the table maximum in allowed bet size, so you may not be able to make your money back with that next bet, even if the next hand is a winner for you.  Remember, the reasoning behind doubling your bet size after a loss, is to win back your lost money with the next hand that will hopefully be a winner. In my experience playing blackjack, it’s not too often that a session of blackjack goes “win a hand, lose a hand, win a hand, lose a hand,” and so on. Blackjack is definitely a game of streaks of wins or losses.

Professional blackjack players will tell you that negatve progression betting is risky because it is sort of based on what is known as “The Gamblers Fallacy.”  The Gamblers Fallacy is the mistaken belief that, if something happens more frequently than normal during a given period it will happen less frequently in the future.  Negative progression bettors wrongfully rely on the belief that there won’t be a lot of losses in a row.  I can’t rely on that.  I’ve seen too many times, players losing 6 or 7 hands in a row.  Now hopefully they would get up after perhaps 5 losses in a row, but they “have a feeling” the cards are due to turn around in their favor and they will win the next hand.

As shown in my example above, a nice amount of money can be won, but only if there is not a long streak of losing hands. With a relatively small run of losing hands (5 or 6), a lot of money can be lost very quickly.  In my area, the cheapest minimum bet blackjack table is $15, so doubling up on bets can add up to a lot of money very fast. I’m not a professional. I enjoy playing for fun and hopefully making a little side money.  In my opinion, there is definitely too much risk and too much money involved with using a negative progression betting system.   A negative progression betting system can be good, if you’re willing to start with a large bankroll,  just in case you run into a bad run of cards.

In my mind, a negative is not a positive. I’ll stick with a positive progression system where you can probably play for a little longer, despite a bad run of cards.  I believe a negative progression betting system should be left to the true professional player to use because it does involve taking a big risk that you don’t have several losing hands in a row.  That’s too big a gamble for me…leave it to the professionals! 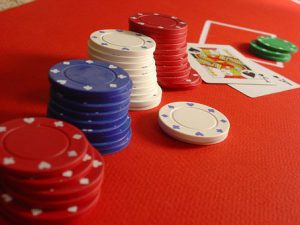 5 thoughts on “Blackjack Betting Progressions – Is a Negative a Positive?”